Welcome to our cozy blog space 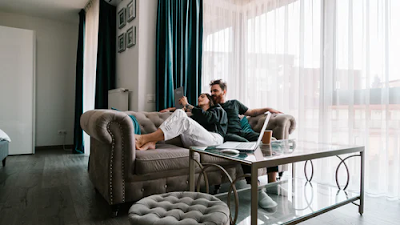 Welcome and enjoy finding a whole new you. Image credit to Toa Heftiba at Unsplash It is so wonderful to have you in our reading room. We are delighted to share with you, our discovery of intricate connections that we made on our year-long dating project. Though we have been married for A Very Long Time, there is always something new to learn about each other and ourselves. This is the secret sauce to keeping your relationship alive - moving with the changing environment that we constantly find ourselves in as we progress along our daily lives.  Our daily lives become our years together. I do hope you enjoy reading about our fun and quirky dates. You'll find it  at this link.  I'd love to hear date ideas of your own, as well as your feedback once you've read 'Creating Sparks That Last'.
8 comments
Read more

How to Win at Life 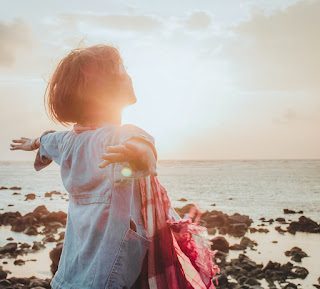 And Speak Yourself Up https://unsplash.com/@fuuj September is a big month in the year for most of us. And for many different reasons. Some of us are heading into Spring, others into Autumn. Some of our children are starting their school year and still others are planning their end-of-school-year strategies. So, a BIG month all round. And here’s the most productive way I have found to cope with it all: Speak yourself up To be clear, I’m not talking look in the mirror tell yourself how drop dead gorgeous you are (because you are anyway), no, I’m talking about that voice in your head that talks yourself down!  You know the one: Ugh this is the pits; I can’t do this; WTF - ENOUGH! Time to flip the script: I CAN DO HARD THINGS; ONE MINUTE AT A TIME - LIKE LITERALLY - JUST ONE MINUTE AT A TIME; I’VE GOT THIS; MY LIFE ROCKS! Doesn’t that feel so empowering!? Okay, now it’s time to just show up, for yourself. Now is the time you get to look in the mirror and pep talk yourself with your best li
Post a Comment
Location: Sydney NSW, Australia
Read more 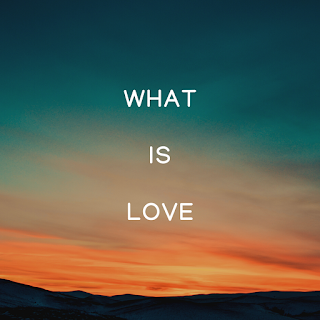 What Is Love? 'Writer seeks 'wife' for a year on a tropical island.' The other day I asked for you, the reader, to define love in one word. I got some thoughtful answers which I'll list below. But before I do that, I want you to ask yourself what love means to you, firstly as an individual and secondly in a partnership. Years ago, when my marriage was still young, I read an autobiography by Lucy Irvine called Castaway (NOT the Tom Hanks movie). This was an intentional project to live on Tuin Island, an uninhabited island off the northernmost coast of Australia, for a year. It began with a male writer advertising for a female to live with him and test their mettle of survival on Tuin Island.   The catch, by Australian Officials standards, was that they had to be married in order to stay on the island. This did not please Lucy as G (as she calls him) expected more than just survival tactics from her. This caused deep introspection on both their parts, making for a d
2 comments
Location: Sydney NSW, Australia
Read more 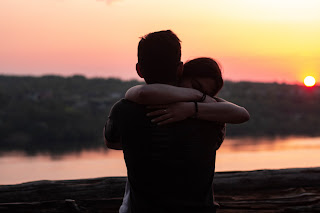 Your Personal Growth Does Not Threaten Your Relationship  You've changed.  You are not the same person who your husband or wife married years ago. They are not the same person, either.  You committed to your partner without knowing who they would become. Especially if you were young.  It's part of the marriage package.  People change over the years. You are not the same person at 40 that you were at 20. Thankfully. Because that 20-year-old hadn't experienced enough life to know what was what. At 20, our brains haven't even fully developed.  You committed to your partner knowing that both of you would change. At least, you knew it in your head. If you think too hard about it, these agreements seem scary.  We calm these fears by telling ourselves a myth: Couples in Close and Connected Relationships Grow Together. Their Marriage Lasts Because They Feel In-Sync and are on the Same Page.  This simply isn't true.  You are busy. You have many obligations, projec
Post a Comment
Location: Sydney NSW, Australia
Read more

Self Care or Hustle 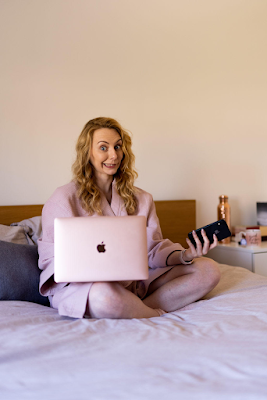 The remedy to hustle culture? We’ve all been there. Caught in the scroll. One minute looking at an aesthetically pleasing post with icons depicting going for a bath, getting out in nature, and meditation. The next are posts on getting less sleep, waking up earlier, and working while other people party.   Self-care or hustle. Happy or successful. Going by social media, it seems you can’t possibly have both. Interestingly self-care is often seen as the remedy to too much hustle and the inevitable burnout from working too hard, for too long, on too little sleep. Prompting the question: Are we practicing self-care for the right reasons? It’s a blurry line. Do we need self-care as a result of how hard we are working or do we need it simply to feel good within ourselves?  In an ideal world, it would be the latter, we’d practice self-care because it feels good and it’s what we want to do. However, this is not an ideal world and we do not always get the option to do what feels good when we hav
Post a Comment
Read more 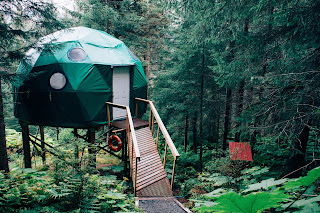 Micro Tourism: Is there value to be found in it? https://unsplash.com/@kylejglenn This will be my last blogpost for a while, and for very good reason. I am celebrating two huge milestone birthdays with loved ones over the next couple of months. Both my mom and father-in-law will be visiting us for 3 months from overseas. This is our first post-covid-lockdown gathering, so we are all tremendously excited. Fear not, I am leaving you in capable hands as I have lined up some incredible articles for you from guest bloggers I am well acquainted with. You will hear from Confidence Coach and Business Wing Woman, Rebecca Laidlaw who talks us through self-care and balancing the social media scroll. Appropriately named as 'soulhappysuccess' you will find her wise advice at the link:  soulhappysuccess Look out for her article next Friday, 29 July 2022. In May this year, I interviewed Couples' Relationship Coach, Cheri Timko on Instagram. You can find our chat here:  Relationship Habits
Post a Comment
Location: Sydney NSW, Australia
Read more

Karma is a Mirror 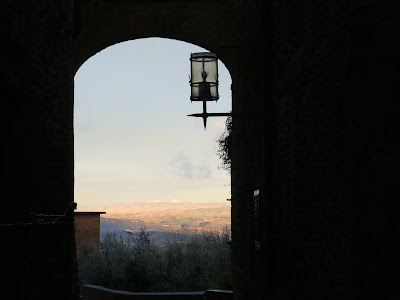 The Humility of the Cover Art Overlooking the hills of Tuscany at sunset from the courtyard of San Gimignano Photograph by yours truly, Elora Canne To continue our exploration of seeing EN ROUTE through the eyes of the author, I'm going to give you sneak peek into the humility that surrounds the cover of my memoir. • What scene resonated with you most on a personal level? (Why? How did it make you feel?) Let me start by saying, ouch, the fact that this photograph ended up being the cover of my memoir is beyond ironic! I had read a memoir about the Montepulciano region in Italy and really wanted to visit the area, alas we couldn't get there and visited San Gimignano instead. So to begin with, we weren't even meant to be there and that ended up being my book cover. Secondly!!! Secondly, my husband and I both took a sunset photo through the same arch at the same time and I wholeheartedly bragged that my photo was better. (It was, despite being off-centre!) Nevertheless, once
Post a Comment
Location: Sydney NSW, Australia
Read more 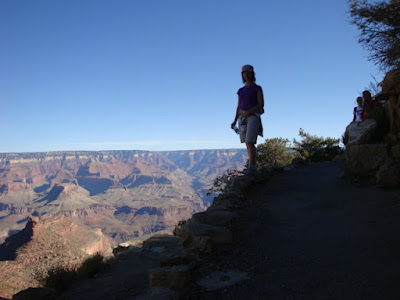 What Could Possibly Go Wrong? This photo really annoyed me!  But I'll tell you more about that in a minute.  It was taken as we ascended our way out of the depths  of Bright Angel Trail in the Grand Canyon. As you might know, my memoir, En Route , takes us on a trip around the world. Within those travels, comes the unraveling of our relationship and a stealthy dose of personal growth, inspiration and life lessons thrown in. But this is not a review. The purpose of today's blog post is to invite the reader behind the eyes of the author. To see the unraveling take place and to understand her motivation for writing her life on the pages of a book for all to read. Below, are a few questions you might find helpful in feeling the emotions behind the decisions that the author has made. • What is the significance of the title? En Route suggests moving towards a destination, and the subtitle, The Best Is Yet To Be, indicates that better things are to come. It is a line from the poem by
Post a Comment
Location: Sydney NSW, Australia
Read more
More posts

Follow us to get the best from your relationships

Elora Canne
My husband and I have a serendipitous story to share. We explored date outings after 30 years of marriage to uncover our new-found feelings for each other.